Perhaps this is your first product, or perhaps it's your 100th. Either way, it's testing time, baby! But testing time is tricky if you aren't familiar with the nomenclature developers and QA testers use in product development.

Two of those terms are "smoke testing" and "sanity testing." And in this article, we will cover them in detail.

What is smoke testing?

Imagine you’re a bit of a mad scientist who’s just come up with a new invention. The first test would be to turn this device on successfully and hope it doesn't catch fire or start smoking. As comical as this seems, it’s the origin of the phrase “smoke testing” — a test in which you turn something on and wait for the flames.

In the digital age, smoke testing has come to mean the preliminary test or check of a product after development but before the release. Smoke testing is basically when you check whether the most crucial aspects of the product are working.

Smoke testing aims to answer the question, "does it work at least a little bit?"

What is sanity testing?

Sanity testing is a test or a group of tests whose main aim is to establish if a product is in the working state the user expects.

While there is a lot of shared territory between the terms “sanity test,” “smoke test,” and “regression test,” if we zoom out a bit, we can see that each term describes something a little bit different.

Sanity testing aims to answer the question, "does the product work (or still work) like users expect it to?"

Now, let’s dive in and take a closer look at some of the key differences between smoke tests and sanity tests so that you aren’t confusing these two very similar kinds of tests — a fault that’s easy to commit!

The primary objective of a smoke test is to verify if the basic functionalities of the product are working at all. It is usually the first test to be carried out on any new product. Smoke testing is only surface-level testing to certify that the product is ready for further testing.

The primary objective of a sanity test is to determine if the product works roughly as expected, after the product is already built, typically as a form of lightweight regression testing. Sanity testing also saves time and money by highlighting major problems before users notice them.

A smoke test assesses the entire product from end to end (but not very deeply). You would test every functionality and feature — no matter how minor. These tests are not in-depth.

A sanity test usually only covers key parts of a product. The test cases you use will dive in deeper than the smoke tests did. You are basically digging a deeper hole with a smaller width.

4. Who is responsible for testing

5. The level of planning required

Smoke testing is usually ad hoc, you just turn on the product and see if it works. No real planning required.

Sanity testing also doesn't require you to prepare much as the product should be ready for users. The testing needs to be speedy and quick, so instead, you will start by identifying any new functionalities, changes, or bug fixes. Then check if these newly implemented changes are working fine. The product can be passed along for further testing if everything goes well.

6. Where it fits into the Software Testing Life Cycle (STLC)

Smoke testing is done at the very start, as soon as the product is available, and before any further rigorous testing can be carried out. Sanity testing, on the other hand, is done at the end to check whether all functionalities are working as expected.

Similarities between smoke and sanity testing

Unsurprisingly, there are several similarities between smoke and sanity testing:

Advantages and disadvantages of smoke and sanity testing

If you’ve been struggling to understand the subtle differences between these two kinds of testing, then don’t worry because you’re not alone. Hopefully, this article has prevented your sanity from going up in smoke.

If you’ve read this far, you definitely have a solid understanding of the fundamental differences between smoke and sanity testing. Best of luck to you!

~ Psst – doing QA? Jam is a tool that helps you capture and document bugs faster, saving you lots of time and manual work. Check it out at jam.dev. ~


Each week we talk to people we admire to learn about how they work: their processes, tools they use, and what drives them. It's an opportunity to get a sneak peek into how other builders and makers do their jobs. So you might get inspired and learn something new, or,

In each episode of our podcast, we talk to amazing product builders to learn about how they work, their processes, tools they use, and things that inspire them. It's an opportunity to get a sneak peek into how other builders and makers do their jobs. In this episode, we interviewed
Get Jam for free 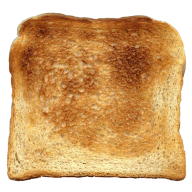